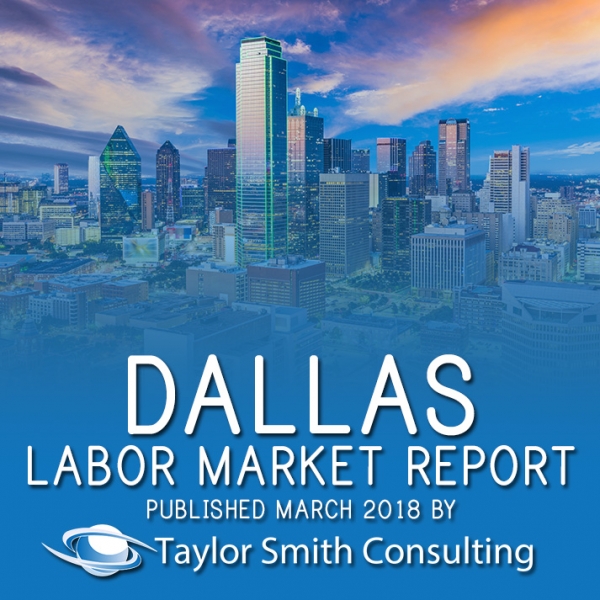 Dallas is Getting Bigger, Better, And Teeming With Jobs

A booming economy, soaring employment rates, and the big guns yearning to relocate – what more can Dallas ask for? Of the 12 fastest growing metropolitan cities in the country economically, Dallas is number one in 2017. The boost to the economy was foreseen in 2016 with a plethora of data centers setting up their operations in Dallas, including Facebook.

While the unemployment rate in Dallas is pegged at 3.9%, job growth is rising, and how. The city is emerging as a pinnacle of economic strength. Nearly 31,500 jobs were added to the professional and business sectors in a span of one year, up from 23,300 in 2016.

Employment on a roll

According to the Dallas Fed, oil and gas employment reached a total of 218,500. While several areas in Texas have slowed in recent years in terms of economic growth (well, nothing like California and New York though, for example), Dallas continued to add jobs. The city’s central location, low cost of living, and favorable business climate are the most sought after by multinationals across the board in every sector.

There were 8,200 trade, transportation, and utility jobs added in the state in October along with 4,400 financial services jobs. However, about 3,200 jobs in the construction sector and 1,500 in the professional and business services sector were cut. [2]

Dallas is rife with jobs for professionals, particularly in the areas of business analysis, accountancy, healthcare, and information technology. But the growth scenario is not exactly shining for the blue collar workers, both in terms of number of jobs and wages.

While there has been no significant increase in jobs added, wages back from 2016 to 2017 have remained on the same level. Construction laborers are paid $14.22, customer representatives are paid $17.33, and retail salespersons are paid $13.79. These numbers have stagnated for a while.

First-line supervisors and administrative support workers, executive secretaries and executive administrative assistants were the highest paying jobs with mean hourly wages of $30.87 and $28.22, respectively. Hotel, motel, and resort desk clerks at $10.43 and tellers at $12.82 were among the lowest paying jobs. [3]

The suburbs in Dallas are getting luckier every year that marches by. Toyota Motor Corporation, Federal Express, and Liberty Mutual Insurance will together add more than 12,000 jobs in 2017. The city has been kind to the construction industry too. The British tycoon Sir Richard Branson hosted a ceremony for the new Virgin hotel in the Design District. As an added bonus, 1,500 new residential units are also being constructed in the same area. This is likely to trigger a rise in construction jobs, though the numbers are not yet clear.

A major hub for data centers is emerging in Dallas, especially in suburban areas. The suburb of Garland is soon getting a one million-square-foot data through a partnership between Sacramento-based Raging Wire Data Centers and Japanese telecom company, NTT Communications Corp.

While this is not particularly effective in terms of increasing job prospects, other area employers will be on the lookout for new talent. In other words, many of the relocated employees will bring with them new talent to the area. [4]

Manufacturing gets a boost with big names

According to the Dallas Regional Chamber, the city has more activity in terms of manufacturing than any other metropolitan area in Texas. It makes up nearly 30 percent of the state’s employment numbers.

According to the Dallas Regional Chamber, DFW (Dallas Fort Worth) has more manufacturing activity than any other Texas metropolitan area, cornering nearly 30 percent of the state’s jobs in this sector. A General Motors assembly plant, Texas Instruments, and Lockheed Martin are the big players looking to enter the market. [5]

In the last 10 to 15 years, Dallas has grown stupendously from a collection of suburbs to a hub of manufacturing and IT. Now comes the real competition – Amazon is planning its second headquarters and Dallas is in the running (lots of tech companies are in Texas because Texas has low taxes and a skilled work force).

“$5 billion in construction investment,” reads the Formal Request for Proposal, which includes details about Amazon’s new headquarters. Some of the key figures being tossed around are $38 billion in investments in the local economy, and $25.7 billion in compensation to Amazon employees that would be employed in the Dallas area (or any area Amazon chooses). [6]

Amazon’s conditions for the selection of the site include:

Amazon’s real strength lies in focusing on direct employees. The jobs, as the proposal says, are high-paying, six figures at least (probably not all of them!). Amazon seeks competent local and regional talent, especially in the area of software development and related fields.

Unperturbed by the recession, Hurricane Harvey, and the current fall in oil prices, Dallas has emerged as one of America’s fastest growing economies. Attracting multinationals, ramping up its role on the national front, and becoming a haven for new jobs and fresh talent, Dallas is pushing all the right buttons. Amazon or not, all is well with Dallas.

Tweets by TaylorSmithCo
Go to Top